Makers' Market May 23rd, originally uploaded by Needlings.
Last weekend was my second market of the year. It was the first time the market had been held at this location (in Westdale - a cute little part of Hamilton close to McMaster University, where I graduated from a few years ago) and as a test first I think we all found it went pretty well. Definitely not as busy as some of the other locations but it was an amazingly beautiful day with nice people and we still had a bunch of visitors.

I also listed a little batch of keyrings in the shop this week when I got the urge to use up some of my seemingly endless supply of ribbon. 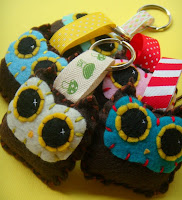 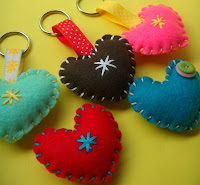 In other summer news, I'll be taking a couple months off from the markets before my next one in August because I'll be acting as traveling vagabond (only sort of) for a couple weeks in both June and July.
In July I'll be visiting friends in Iowa for a week or two and, coming up sooner than I am ready for in the second week of June, I'll be heading out with my mom and brother to visit family in St. John, New Brunswick on the east coast of Canada. I haven't been for a few years but it really is a beautiful part of the world and it will be nice to see my mom's big family and go on some pretty ferry rides.

Here's a picture from my last visit a few years ago on a rainy day ferry ride to my aunt's house on Kingston peninsula. 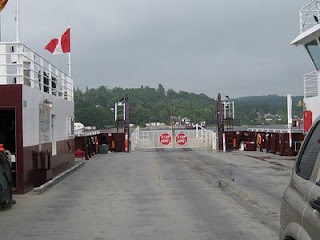 I'm hoping to show you some sunny ones when I return but either way I'm sure I'll love it.
I'm really not a boat person but there's something about having to take a ferry to get somewhere you have to be that really excites the kid in me.

Posted by Heather Saunders at 11:19 PM No comments: A little group photo for fun, originally uploaded by Needlings.

I've been spending the past couple of weeks getting a few things done so I can have a full table for my next Makers' Market next Saturday.

The little brown Needling in the front in the photo and the pink one in the back with the green eyes will be new additions I managed to finish last week. Lots of little things and some pillows will hopefully also make their way to the table providing I am as productive in the coming week as I would like to be!

That next market will be May 23rd 10am-3pm at St. Paul's - the market's first time at a location in Westdale. I hope you will stop by if you can!
This will be my last market until August as my June and July will be occupied with trips to visit family in New Brunswick and friends in Iowa if everything goes according to plan.

My mom is wonderful enough to come with me to the market again next week so I'm sure it will be a fun day hanging outside and seeing lots of fellow local makers.

Ok, back to work!
Love,
Heather

Posted by Heather Saunders at 5:32 PM No comments: 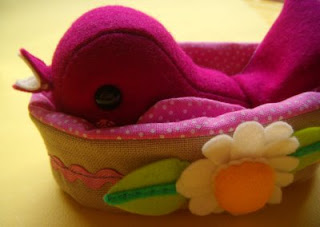 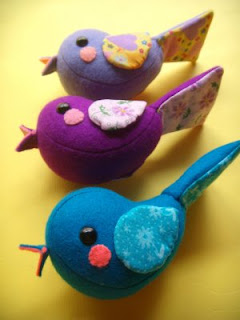 I have mentioned this wonderful etsy shop on a few occasions before
but, well folks, I have further proof of it's wonderfulness!

SugarElf.etsy.com is one of the sweetest etsy shops ever and I have,
(along with a few other items)
four adorable birdies and one nest to prove it!

Aren't they the cutest? 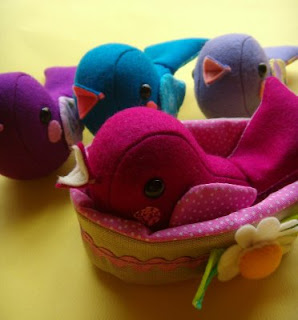 SugarElf's creator Christine is so lovely and I'm so lucky to have
these sweet little birdies to cheer up my work table.
They work like a charm.
You should get one! I've been working on this big lady on and off for a bit now and finally finished sewing her up last night!
She's pretty huggable, I think. Just a larger version of my Owl Mama design made with mint green corduroy and felt. And she's in the shop!
I'm excited to see how she looks/fits on my table for the summer markets. She's about the size of four of my original Owl Mamas. Some moves will certainly have to be made to fit her in.
I'm looking forward to making a few more with different fun corduroys and fabrics I have stored away around the Needlings workroom. I spent the week working on this little girl, named "Naïf," french for naive, made as a submission to an upcoming plush art show called, "Mortal Plush: I am not your toy," taking place at Art Whino Gallery in Maryland.
I'm more excited to see the wonderful art that will no doubt be a part of this show as many of my fellow Plush Team members, as well as many other talented plush artists, have already revealed some amazing submissions.
You can view more of the submissions in the Mortal Plush flickr group.


I love being a part of the plush world and I'm proud enough just to have submitted something - so my work here is done!

Posted by Heather Saunders at 1:37 PM No comments: 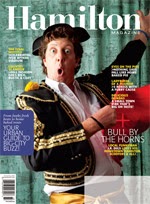 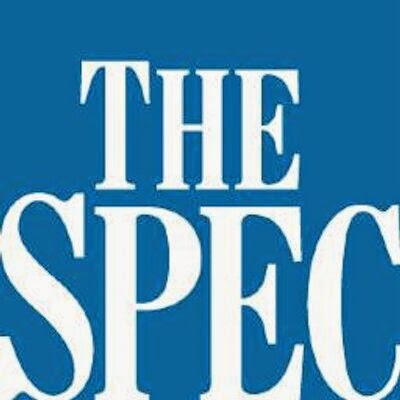 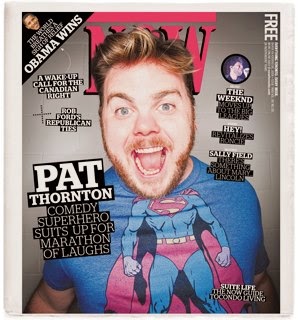 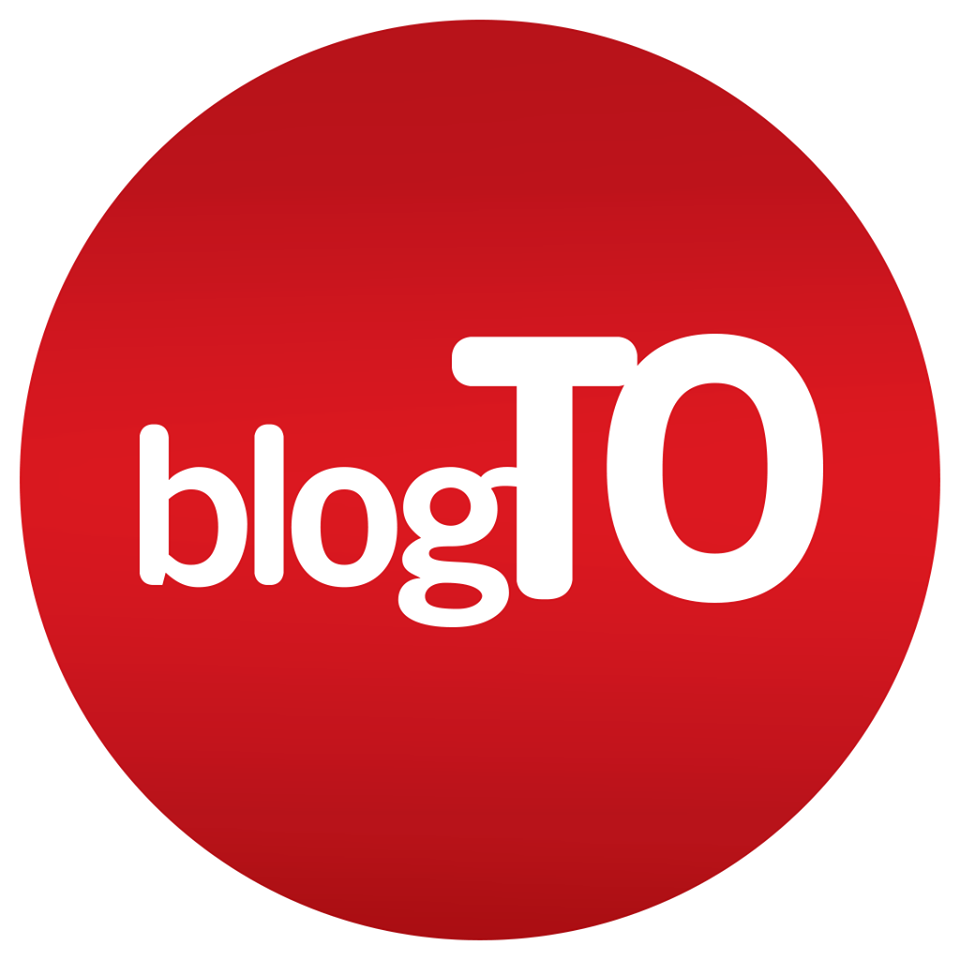 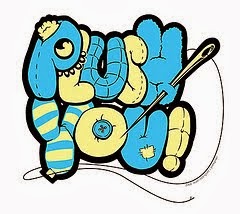